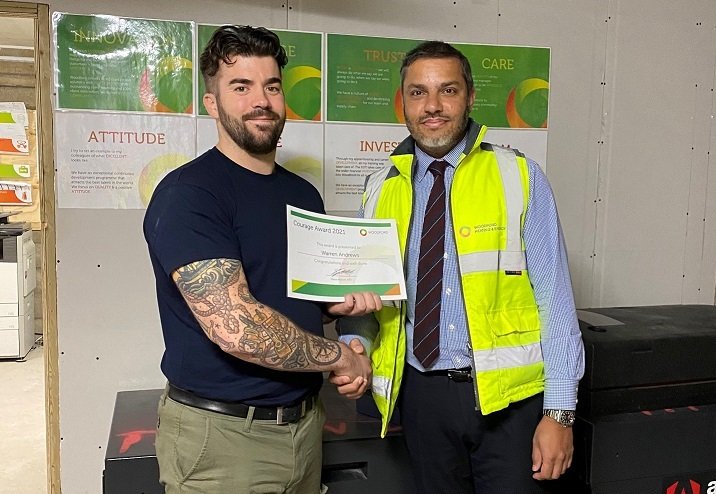 Congratulations to WARREN who has won the 2021 ‘Courage’ award!
Warren was presented with his award and prize.
The TEAM members that nominated Warren commented on his tenacity; not wanting to be beaten and wanting to keep learning beyond his comfort zone. They said he integrates with other teams to understand why & how for the benefit of his progression, and in turn Woodford’s progression. It was recognised that Warren has the courage to say what he thinks and doesn’t shy away from the difficult conversations. Warren was commended for embracing his new role, going the extra mile for his team and ensuring that the Apprentices he works with get the best start possible at Woodford.